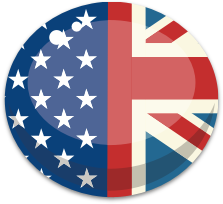 Get a Data & Risk Assessment

Data Intelligence & Automation
Gain visibility and knowledge of your data.
Solutions
Solutions
Made to meet your industry’s data needs.

Know Your Data: Fast-Smart-Easy
Automate, govern and consolidate distributed data to reduce risk and cost, and put the trust back into your data.

Automate Compliance and Data Privacy
Avoid data breaches and fines, and automate compliance.
Partners
Partners
Our Partners are the best. We work together to deliver leading industry solutions and services.

Support
Why Aparavi ▶️
Get A Demo

As your business grows, so do its risks. The bigger you become, the more of a target you are for cybercrimes and data breaches. Allocating finances towards improving data privacy and ensuring the security of your data needs to be your top priority.

Today we’re going to look at the current context of data privacy and see why it matters more than ever before. We’ll also examine the value of investments into regulatory compliance and evaluate the ROI of data privacy management.

Today, data privacy has become an international priority for businesses small and large. This is a result of increasing amounts of legislation that protect consumers’ data and places responsibility on the companies who access it.

The most impactful data privacy regulation in recent years is the General Data Protection Regulation (GDPR), which was passed in 2016 and implemented in 2018 across the entire European Economic Area. In 2018, the state of California passed similar legislation, the California Consumer Privacy Act (CCPA), which went into effect in 2020. Since many businesses cannot avoid dealing with consumers who reside in Europe or California, they are forced to comply with both laws.

The consequences of violating the terms of these rules can have a devastating impact on even large corporations. Let’s look at just how severely they can impact your company and how small investments can go a long way to preventing disaster.

What does it cost to secure your data? Statista reports that small businesses in the UK spent approximately $4,000 on data security in 2019, while large businesses spent nearly $300,000. Accenture reports that nearly 82% of the businesses they studied are dedicating 20% of their IT budget to cybersecurity, which should give you a good idea of where your IT spending ought to be.

So, how does that investment translate into returns? Primarily by preventing losses. Think of data privacy as a form of insurance. A data breach is a lot like a building on fire: the damages can be incalculably high, and it can leave your business unable to operate until it’s put out and order is restored.

By far, the leading benefit of increased data privacy investment is that it will save your business money by preventing costly data breaches or other types of attacks. How damaging can those attacks be? Let’s take a look at some examples.

IBM’s annual Cost of a Data Breach Report reveals that the average cost reaches almost $4 million per incident, with an average cost of $150 per individual record affected. The larger the database, the more expensive the damage will be.

Data breaches are like a disease: the longer you let it go unchecked, the more damage it does to your business. The faster your team can identify and close a breach, the better. A breach that lasts less than 200 days reduces the cost by $1.2 million. However, the costs don’t necessarily stop when the breach is plugged.

Where legislation is in place, such as the GDPR or CCPA, data breaches can lead to massive fines. For instance, the GDPR’s fine scheme has two levels, starting at the greater of 10 million Euros or 2% of the company’s annual turnover. The second level doubles those numbers. California’s CCPA, meanwhile, assesses fines per record affected, with $7,500 fines for intentional violations and $2,500 for unintentional violations per user, per breach. Depending on the number of users affected by a breach, these numbers can quickly reach millions or billions in fines.

Generally speaking, breaches affect the majority of the company’s data. Count how many individual records your company deals with and contemplate the worst-case scenario.

We’ve covered the direct costs from regulators and responding to data disasters, but there are still more financial risks your business must navigate. Another direct cost comes from the consumer. Individuals may sue for damages if their personal data was breached.

The CCPA in particular gives citizens this right and allows them to receive anywhere from $100 to $750 in court if their data was affected. Expect class-action suits to be filed and for your company to have to agree to settlements in the best-case scenario. Yahoo’s recurring data breaches led to a settlement of $117,500,000 to be paid directly to affected consumers.

Having accounted for all of the direct costs of a breach, we now need to consider indirect costs. The damage to a company’s reputation can have a dramatic impact on the company’s performance. 80% of consumers will take their business elsewhere if their information is breached. Data privacy is increasingly ranked as more important than other metrics by Millennials and Generation Z in particular.

Investments in data privacy and compliance software can mitigate these situations. Even though breaches may still occur, they can be quickly resolved and consumer confidence can be maintained.

Finally, we get to look at the positive side of investing in data privacy management. So far, the entire ROI equation has examined the potential costs that you can avoid. But what direct benefit does that offer?

Implementing a data intelligence system that automates compliance with modern data legislation  not only protects you from attacks and possible catastrophes, it can also generate revenue. The Aparavi Platform is designed to do precisely that.

Poor data management makes it hard for a company to make decisions, especially when data from one department conflicts with that of another department. Clear, concise data, with one source of truth devoid of data silos, enables good decision making and strategic planning. With the ability to find and access all of your data, regardless of its location, and automation that reduces response time, you can turn your data into a valuable tool.

Globally, organizations get $2.70 for every dollar spent on privacy. 70% of organizations report that they have become more agile and responsive since taking privacy seriously.

By now it’s clear: investing in privacy is an investment in your business’s future. Contact Aparavi today to find out how we can transform the way your business does data.